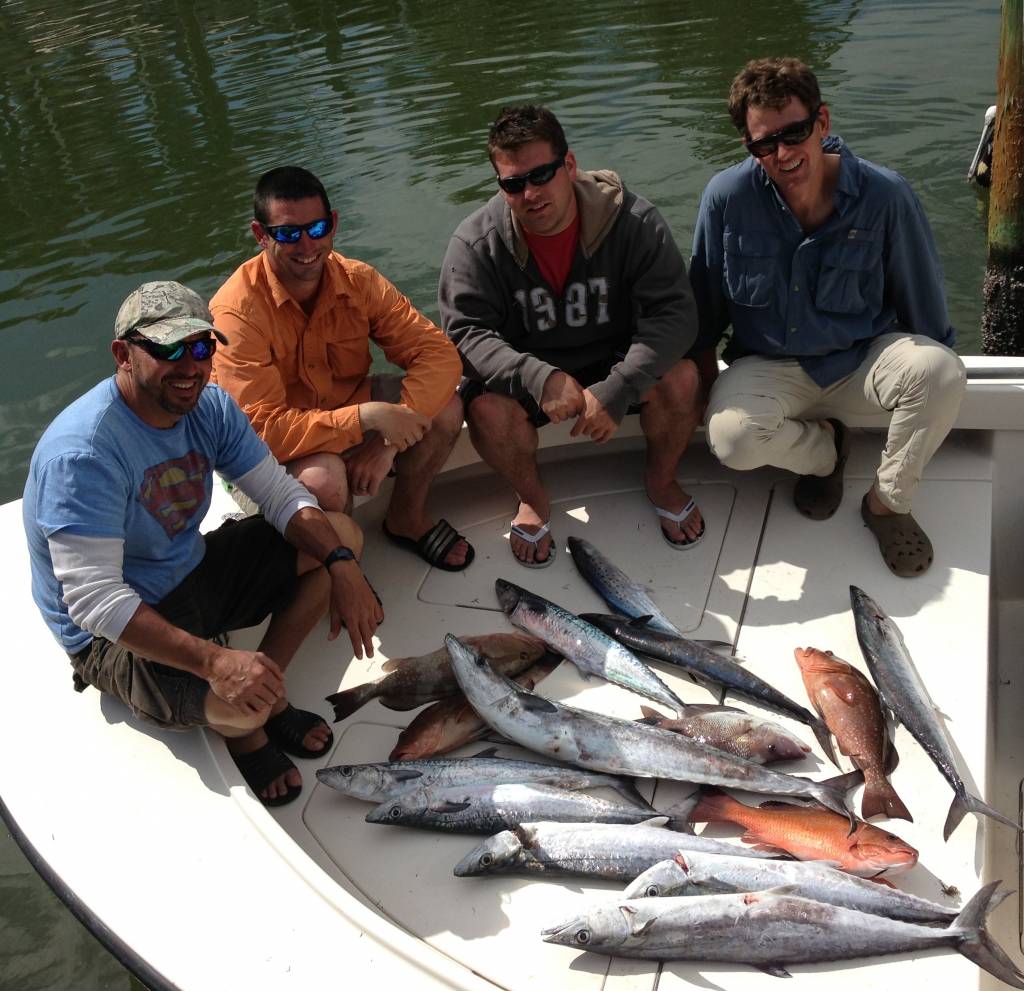 Sarasota fishing is only a short boat ride from Matt’s dock. He is a close 10 minutes from some of the best fishing in Sarasota. The intercostals water way runs right by the captains dock heading south he runs right into the north end of Sarasota Bay. This is great because this estuary is much smaller than Tampa Bay making it possible to fish on any wind direction fewer than 20 knots. Having quick access to protected waters is an important and asset to the Captain daily game plan. As any well season anglers knows as an approaching front moves in it kicks up the winds, but it also stirs the fish into biting.

When looking for a Sarasota fishing charter Capt Matt is in the prime location it is short drive from the city to his dock, but a close boat ride to the best areas of the bay that are less developed and hold more fish. Sarasota fishing Guides utilize the bay for its well know numbers of larger fish. Though it doesn’t hold it as many snook for instance as Tampa Bay the fish do average larger. This works greatly in favor of the captain and his charters. A lot of days captain matt will spend part of the day in Tampa Bay getting lots of action then finish up his fishing charters in Sarasota bay looking for larger fish.

Sarasato is beautiful modern city and has a lot of attractions such as Mote Marine, Botanical Gardens, Jungle Gardens, Ringling Museum, the Van Wezel Performing Arts and many other theaters. The Cincinnati Red Sox also call Sarasota home during spring training. Siesta Key Fishing is nearby and offer lots of opportunity for waders to try their luck. It is also known as the shelling capital of Florida it a great place to hunt for shells and sharks teeth. Longboat Key fishing also rival its neighboring island to the south and has beautiful beaches and great angling positional especially in the warmer months when more fish are found close to the surf.

So when making your decision and looking over Sarasota fishing charters, Captain Matt’s dock is just a short drive away to an awesome adventure. Go to the Sarasota fishing report to see what’s biting while you’re in the area.